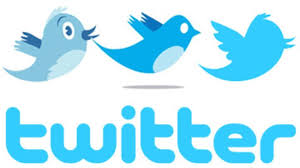 It has kept it’s 140 character limit despite the jokes , the pressure to change by many of its followers and the demands to be more like Facebook or Google+.

It is is misunderstood by many people who throw stones at it from the sidelines. Despite the knockers it has kept true to its initial design and constraints that don’t seem to fit it into an online world that is about bigger being better.

This succinct reporting has made it the channel of choice for breaking news. Twitter is now often seen popping up on the television screen as viewers interact with a show. The character limitation demands means it lends itself to one liners that are often humorous, pithy and sharp.

Twitter has enhanced the art of comedy and the throw away quip.

Increasing your Twitter followers does have some distinct benefits for business and brands. Here are three worth mentioning

The average Twitter account has a 126 followers and has tweeted 307 times. Doubling that number isn’t hard if you implement some of the following tips. And you can do much better than that if you apply a little focus and discipline.

For some more tips check out the infographic.

How do you use Twitter? Is it still an enigma? What have you found to be an effective tactic to gain more Twitter followers?

Look forward to your insights and stories in the comments below. Want to learn how to make your blog and content contagious and increase your Twitter followers?

My book – “Blogging the Smart Way – How to Create and Market a Killer Blog with Social Media” – will show you how.

It is now available to download. I show you how to create and build a blog that rocks and grow tribes, fans and followers on social networks such as Twitter and Facebook. It also includes dozens of tips to create contagious content that begs to be shared and tempts people to link to your website and blog.

I also reveal the tactics I used to grow my Twitter followers to over 223,000.

Find out how to syndicate your content with Business 2 Community.Read more at http://www.business2community.com/twitter/11-tips-double-twitter-followers-0803260#ir7KjIsha6x2z2iT.99