Brought to you via the ever so talented folks at Marshable – 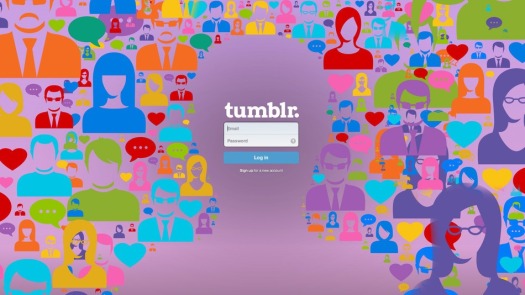 On Tumblr, users can post a huge variety of content and media. So, it’s no surprise the social blogging platform hosts wildly diverse communities. Some of these groups are so big and so active they become subcultures in their own right. They take over tags, earn thousands of reblogs and even create dedicated blogs entirely dedicated to one, very specific subject.

Most Tumblr users partake in one or several different subcultures, depending on their personal interests. Because Tumblr allows users to create multiple blogs, a single account can have various subculture-related blogs, as well as a personal one.

Whether you want to become an active participant in one or six of them, here are some of the most prominent and popular Tumblr subcultures.

Tumblr has become home to hundreds of fan communities, also known as fandoms. A fandom can involve any form of media — TV shows, books, movies, music, etc. While fandoms do exist outside of Tumblr, and have for a long time, this social media platform is where they currently thrive.

These fandoms often produce lots of fan art, fan fiction and host discussion on various elements concerning their favorite media. Said discussion can be about anything, such as the serious implications of the show’s treatment of women or which reality show couple should just kiss and live happily ever after.

Some fandoms are bigger than others or have more active users, though their popularity does not always correlate to how well-perceived the piece of media is offline. The examples below are some fandoms that are unique to or began on Tumblr.

SuperWhoLock is a combination of the three television shows: Supernatural, Doctor Who andSherlock. Fans often group these three shows together because users who enjoy one tend to watch the other two as well. Separately, the three have huge fan bases on Tumblr; however, the shows are often combined into one name for the sake of brevity. For a prime example of this fandom amalgamation in action, check out SuperWhoLock and Others.

Homestuck is an animated webcomic created by Andrew Hussie. Many of these fans congregate on Tumblr, discussing characters, creating fan art and setting up IRL meetups for local fans. Celebrity and Tumblr user Dante Basco is also a big fan of the webcomic and even has a character based on him, called Rufioh. If you’re interested, read the comic or check outToday in Homestuck to get an idea of the story.

The Welcome to Night Vale fandom is unique because it grew before the podcast’s popularity. In fact, the series’ steadily increasing fan base is in part thanks to enthusiastic fans on Tumblr who encouraged others to listen in. Since the show has no visuals, many fans like to draw their interpretations of various characters and scenes, even writing their own episodes or interpreting previous episodes in video form. If you want to check out Night Vale’s community on Tumblr, the -Welcome To Night Vale is a great place to get started.

Among these blogs, some users create homemade meals plus the recipes on how to make them. These users are often happy to answer questions about techniques, ingredients and other culinary inquiries, so their followers can replicate the dish at home.

Other users take pictures of food from restaurants and post them with the restaurant information and dish name. This is great for Tumblr users who like to travel or who want to find new restaurants in their own backyard, complete with pictures. It’s especially helpful for people with specific diets, for example, vegetarians, vegans or those who keep kosher or halal. Many users with special dietary needs tend to have their own Tumblr blogs about finding restaurants that cater to those diets.

Other blogs, like We Are Always Hungry, take or reblog photos of delicious food you’ll never be able to eat — just to torture your tastebuds. 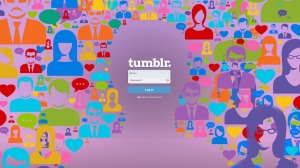